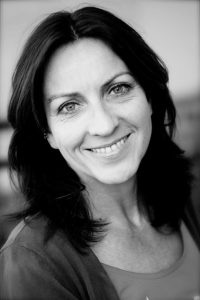 Connie Walther studied Sociology and Spanish before switching over to Photography. After gathering experience as a lighting gaffer, production and directing assistant, she studied at the German Film & Television Academy (dffb) in Berlin and landed her first success with her graduation film, „The First Time“ (1996), which was recognized as the best graduation film from a German Film Academy. „The First Time“ was also shown abroad, amongst: San Francisco Film Festival „Berlin and Beyond“, „New Directors/New Films Festival“, Museum of Modern Art in 1998, High Museum of Art, Atlanta in 1998, and „Women ́s Filmfestival“, Seattle 1999.

Connie Walther was awarded with the renowned Adolf-Grimme-Prize for „Life is the main thing“ in 1999. The film was also shown at the Museum of Modern Art in 1999.
The script for „Never mind the wall“, where she was the co-writer, won the German script prize 2001. The film was nominated for best German film, won the German Camera Award 2002 and received several awards at international festivals. „12 means: I love you“received several national and international prizes, i.e. the „Fipa d ́Or“ for best actress at Biarritz 2008, the German Television Prize for „best director“ and the „Fernsehfilmpreis“ from „Deutsche Akademie der Darstellenden Künste“. „Long Shadows“ won the prize for „best director“ at Femina 2009, Rio de Janeiro. „Mrs Boehm says No“ received again the Adolf-Grimme-Prize 2009, the 3 SAT-Audience Award and the Ernst-Schneider Preis in 2009. Her last film ZAPPELPHILIPP won the FIPA d`OR for best film and for best music in 2013 and the editing was rewarded with the Deutscher Kamerapreis / Schnitt.