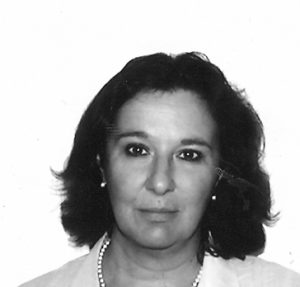 Sylvia Stevens is a co-founder of Faction Films, with over thirty years of experience as a producer and director. She has made programmes for UK broadcasters – BBC, Channel 4, ITV – and internationally – NETFLIX, RTE, PBS, NHK, ARTE, SBS, AVRO, STV, AJ and YLE amongst others.  She has done co-productions in Latin America – Cuba, Colombia, Mexico, Brazil – and in India, South Africa, Australia and Japan.
Her films range from the social and political to the arts, and include Picturing Derry (Northern Ireland), War Takes (war in Colombia), Tales Beyond Solitude (Gabriel Garcia Marquez on writing for cinema),  Love Honour and Disobey (domestic violence), Chevolution feature documentary – this was shown in cinemas and has been sold to broadcasters around the world, Educating Igor (Roma in Slovakia), Android in La La (Gary Numan feather documentary) .

Her films have won prizes in New York, Havana and Ireland among others.Sylvia has been the EAVE Documentary Expert since 2005 and has run workshops in Colombia, South Africa, Egypt, Tunisia, Turkey and Cuba.She has taught on  ACCESS and  Producing Documentary at Royal Holloway University.