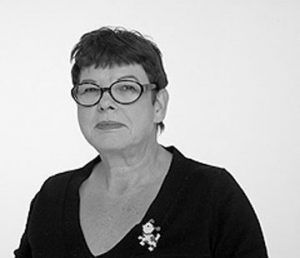 Valerie Fischer: My passion is Film Producing – these days more in consultancy and supporting the woman in the business.

Cobra Film AG was founded in 2001 by producer Valerie Fischer and the distributioncompany Filmcoopi Zürich. Both partners have been in the film business for decades,
Valerie Fischer notably with her Silvia Filmproduktion AG. In 2007, producer Susann Rüdlinger joined Cobra Film.
The objectives of Cobra Film are to develop and produce fiction and non-fiction feature films on an national as well as an international level, for an Arthouse audience that loves humor, drama and emotional stories. Cobra has produced a string of interesting, successful and outstanding films such as: Tulpan, Katzenball, (Feline Masquerade), Blue Skin (Flammend’ Herz), Tandoori Love and Rosie.

Since autumn 2016 Valerie Fischer is mainly focusing her knowledge on consultancy in film politics.