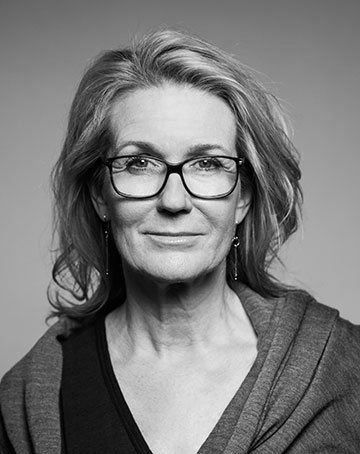 Based out of Berlin and L.A., Gabriela Bacher brings a wealth of experience to the table having worked as producer and executive on both sides of the Atlantic.

Currently, as Managing Director of Summerstorm Entertainment (since 2011), the production arm of parent company Film House Germany, Gabriela Bacher produces the company’s slate of film and television projects and manages the partnership with Basil Iwanyk’s Thunder Road Pictures. Recent productions are the romantic drama ENDLESS with Alexandra Shipp and Nicholas Hamilton supported by DeRon Horton and Famke Jansson and directed by Scott Speers; the Henry James adaptation THE ASPERN PAPERS, starring Vanessa Redgrave, Joely Richardson and Jonathan Rhys Meyers which she developed with French writer/director Julien Landais and shot in Venice; and the romantic thriller SIBERIA starring Keanu Reeves who which was shot in North Canada and St.Petersburg.

Gabriela’s career involved years of hard-graft and industry experience at both independents and major studios.  Following her early days in Germany working within physical production, and collaborating with a number of the directors whose innovative work would later inform her own artistic sensibilities, she successfully transitioned over to Los Angeles. First establishing the L.A. offices of Kirch Group, then in charge of physical production at Constantin Film, and later founding her own production company PrimaryPictures.

Gabriela would go on to become CEO of Vivendi’s Studio Babelsberg Motion Pictures, where she played a significant role in the famous studio’s restructuring and modernization. Soon after, she spent several productive years  consulting with Twentieth Century Fox on titles including Marco Kreuzpaintner’s adaptation of YA fantasy novel KRABAT, and TRADE starring Academy Award-winner Kevin Kline. Afterwards, she headed the German activities of Fox International Productions and produced Matthias Schweighofer’s rom-com WHAT A MAN before she joined SummerstormEntertainment.